For Whom Does The Bell Toll? 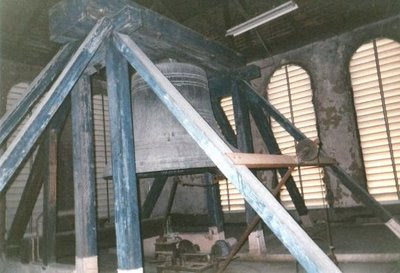 The bell in the bell tower is engraved, “Trust in God.”
It rings every hour on the hour
And no one hears what it says.

It’s a lonely echoing ring
From a solemn bell.
A cold and metal thing.

At every hour on the hour
The bell cries
From the bell tower.

But no one hears its ringing sound
For there isn’t a single ear to be found.

The pendulum comes to its resting place.
The bell sleeps
Only to be awakened by the clock's chase.

“The chiming of the hour is at my hands!” the clock yells.
“It’s time to sound your message!” says the time machine.

So he gives it the extra try, “Trust in God!”
But no one hears its message,
Only the lonely messenger,
And his lonely echoing ring.

And as the pendulum swings back slowly to its resting place
The bell ponders . . .
“I am just a cold metal thing with a fancy sounding ring,
A loud and flashy chime.”

“For whom does the bell toll?” 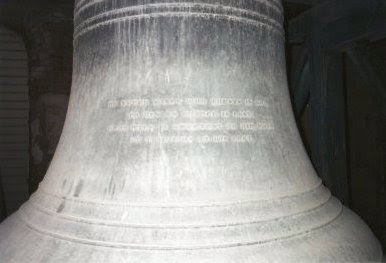 "Though I speak with the tongues of men and of angels, but have not love, I have become sounding brass or a clanging cymbal."

"No man is an island, entire of itself; every man is a piece of the continent, a part of the main. If a clod be washed away by the sea, Europe is the less, as well as if a promontory were, as well as if a manor of thy friend's or of thine own were. Any man's death diminishes me, because I am involved in mankind; and therefore never send to know for whom the bell tolls; it tolls for thee..."
Posted by Robbie Pruitt at 4:37 PM