Beggars at a Funeral 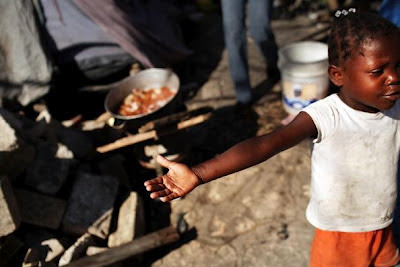 
Beggars at a Funeral


“But I do not want you to be ignorant, brethren, concerning those who have fallen asleep, lest you sorrow as others who have no hope. For if we believe that Jesus died and rose again, even so God will bring with Him those who sleep in Jesus.” - 1 Thessalonians 4:13-14

Recently my wife and I and some friends of ours attended a funeral in Port-au-Prince, Haiti. It was a cultural experience that I will not soon forget.

At this funeral people were grieving and mourning the death of a young woman who had left behind two beautiful children.

This would never happen in the states, I thought to myself. I have been to plenty of funerals in my life and never before have I witnessed this.

Many of us were disturbed and angered by the beggars and tried to shoo them off. How inappropriate. This was not the time or the place, we thought.

Then it occurred to me in the midst of this grief, sorrow, and mourning that many of the funeral attendees also had outstretched hands and open hearts as they cried out to God and embraced one another.

All of us there were begging. We were at a loss and begging for answers and solace thinking about these young children who would be without their mother for the rest of their lives.

This quote from D. T. Niles about sharing the good news of Jesus came to mind, “Evangelism is just one beggar telling another beggar where to find bread."

At this funeral we were all beggars seeking Bread. As we grieved, we had outstretched hands looking for a little consolation.

Posted by Robbie Pruitt at 2:10 PM No comments: