Musing on the Origins Poetry 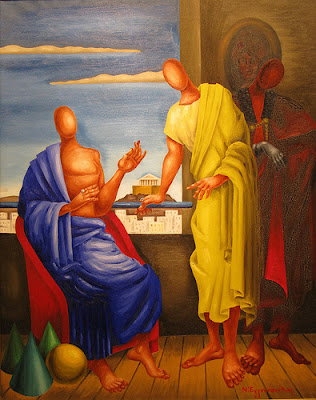 Musing on the Origins Poetry

“Ordering a man to write a poem is like commanding a pregnant woman to give birth to a red-haired child.”  ― Carl Sandburg

April is National Poetry Month and I am excited to participate all month long by posting a different poem each day on Facebook and Twitter, and by posting a new poem weekly on my poetry blog, Poetry by Robbie Pruitt, at www.robbiepruitt.com.

National Poetry Month has me thinking about how I write poetry and how I see poetry.  Where does a poem come from?  How are poems inspired?  As I have been thinking about this, it is interesting what answers begin to emerge. In this post, I will explore the variety of motivations and inspirations that yield the poetry that I write.

One of my favorite poets is Carl Sandburg. I was inspired to write poetry very early on through reading Carl Sandburg’s poems. I also identify with much of what Sandburg said about writing poetry and can identify with a lot of what he said about poetry and his inspiration to write poems. I will begin each musing on the origins of a poem with a quote or idea from Carl Sandburg or another poet or artist and will then share my own thoughts, reflections, delights, adventures, struggles, or meditations about poetry.

An Idea of a Poem

“Nothing happens unless first a dream.”   ― Carl Sandburg, The Complete Poems

Before I set out to write a poem, there is usually an inspired emotion or thought. Sometimes I look at landscapes in nature, a photo, a person, a scripture, a song, an idea, or a thought and a poem begins to come to mind. Other times it is a conversation or a mood or emotion that sparks inspiration for a poem.

A Structure of a Poem

The Title of a Poem

“Sometime they’ll give a war and nobody will come.”  ― Carl Sandburg

Poems often do not have the effect that I wish they had on me, or on others. They are written, they “give war,” but no one comes to meet their challenge, sometimes not even me.

The Poems That I Do Not Understand

“I've written some poetry I don't understand myself” ― Carl Sandburg

Like Sandburg, I have often had this experience. I have written poetry that I do not understand.  It came from somewhere, but where, I do not know. Sometimes I understand the poem completely and other times I have no idea what I have written, what it means, or why I wrote it.

The Poetry of the Everyday

“A poem begins as a lump in the throat, a sense of wrong, a homesickness, a lovesickness.” –Robert Frost

Life happens and so do the poems that follow. Like Robert Frost asserted, a poem can have its origins in everyday emotions feelings, injustices, and loneliness, as well as the poetic muse of love. This is often the case with poems I write. Life happens and then poetry. To say it another way, life is poetic and I write it down.

The Poetry of Discovery

Certainly there is discovery in poetry. The composer of the poem is lead into discovery as well as the reader. I discover a lot about myself and about my subjects when I write poetry.

Here are some other poetic musings that I’m contemplating this month:

“A lot happens by accident in poetry.” –Howard Nemerov

“Write what should not be forgotten.” –Isabel Allende

The Poetry of Naming

A poets work is to name the unnamable.” –Salman Rushdie

“Poetry is an echo, asking a shadow to dance.” –Carl Sandburg

The Adventure of Poetry

“Writing is an adventure.” –Winston Churchill

The Poetry in Listening


Watch a video on 'What is Poetry?' here on YouTube.
Posted by Robbie Pruitt at 10:35 AM